Tornado Season 2020 Is Upon Us

April was the most active with Tornados since 2012. More are wondering if this 2020’s Tornado season including Tornado alley and other states will be a bad one.

May is typically the worst month for Tornados but it appears we were spared it for this year. However, will June be pay back time for severe weather?

The 2020 Tornado season is underway and the 2020 hurricane season will be starting in June. Huge supercell storms spawned well over a 100 Twisters and hail storms producing softball sized hail.  April’s death toll in Texas, Alabama, Oklahoma, Mississippi, Georgia and South Carolina hit 40, with 73 so far in 2020.

This season seems is already an active on with extremes in temperature and precipitation, and strong storms producing Tornados and hail storms.  We may see frequent storm fronts, supercells, Tornados and big hail all too often. With summer approaching soon, Kansas, Nebraska, Missouri, Colorado, Kentucky, Indiana and Ohio will begin their Tornado seasons.

Keep up to date on the live streaming Tornado watch page.

Again last week in Oklahoma, Texas and Mississippi more supercells and Tornadoes formed despite no major weather fronts. Jackson, Huntsville, Shreveport, and Alexandria were in the path of the 3 Supercells that passed through.

The unpredictability of tornados makes it difficult for communities to respond. For instance, Tornado sirens were deployed for recent twisters, but much too late for the residents of Nashville, Cookeville, and Juliet.

And in the US southern states, tornadoes can happen any time of the year. For some regions in the south near the Gulf of Mexico, tornados are a constant threat. The forecast this summer begins in May and Oklahoma, Texas, Alabama, Louisiana, and Mississippi seem to be within a repetitive west to east storm path.  Tornado Alley will be active with storms this year.

Tornados that occur at night time are twice as deadly.  Hopefully, the governors of Oklahoma, Texas and Mississippi have disaster plans ready for the early summer of 2020. 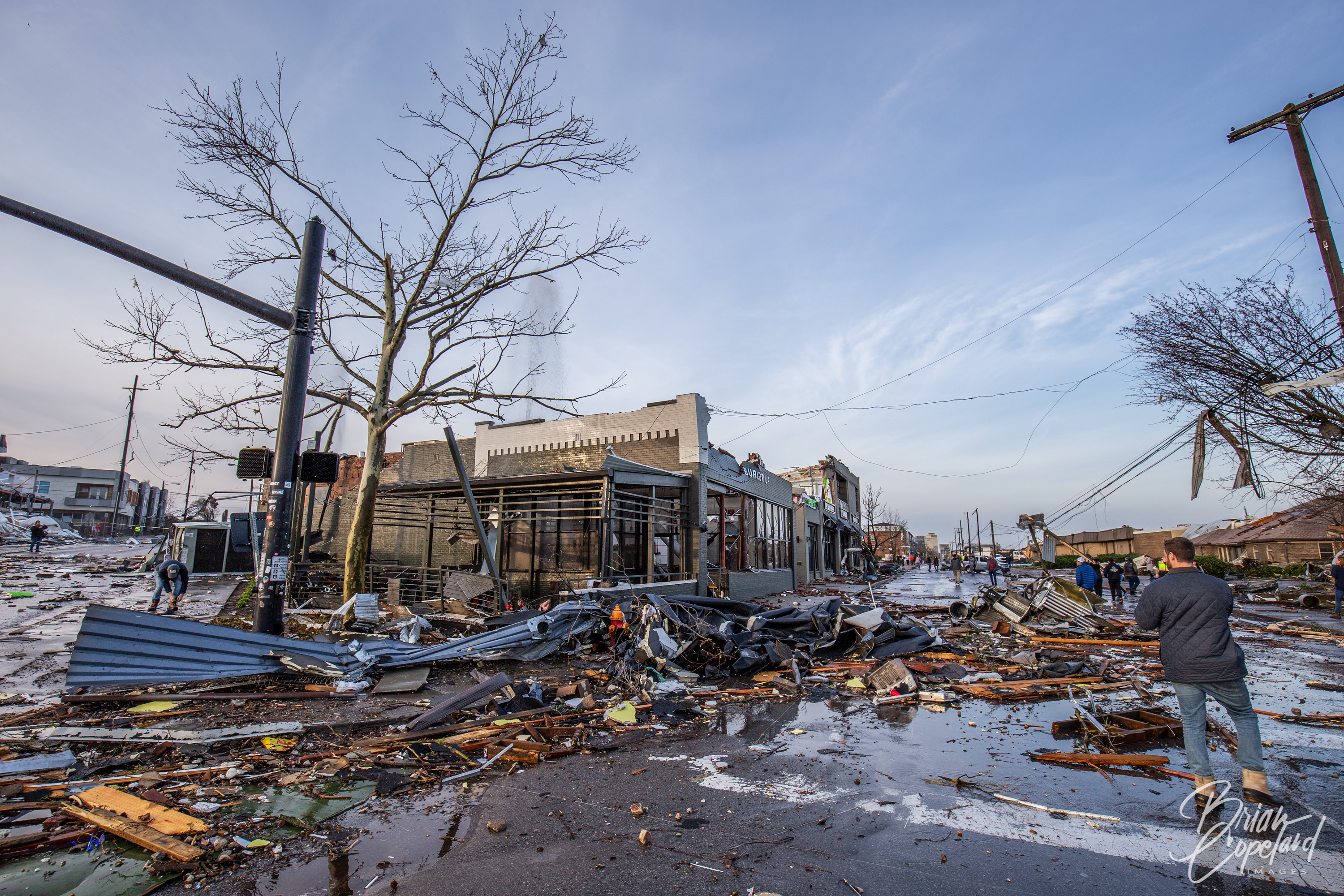 The unpredictability of Tornadic activity is due to localized weather events and storms. Certain cities and states have much higher rates, so we can say that there will be devastating Tornadoes happening in southern and mid western cities in 2020.

Last year The NWS Storm Prediction Center reported a whopping 1,422 tornadoes in 2019.  They state that there are between 1,253 and 1,297 tornadoes each year in the United States.

Typically, Tornadoes kill about 80 people each year, but only 49 lost their lives in the 2019 season.

What Causes Tornadoes to Form?

According to weather.gov, a tornado is a narrow, violently rotating column of air that extends from the base of a thunderstorm to the ground.  The most destructive and deadly tornadoes start within giant, rotating thunderstorms called supercells.  They are viewed as a well-defined radar circulation which is called a mesocyclone. Tornado formation is believed to be caused by a variety of elements around the mesocyclone.

Tornados happen when wind at the ground moves in a different direction and speed than the air above. This  change in wind speed and direction and height is called wind shear which develops from the mesocyclone.

The worst storms in Kansas, Oklahoma, and Tornado alley occur when warm moist winds from the Gulf of Mexico move northward to collide with cool dry jet stream winds from the Great Plains moving south and eastward.

The experts are suggesting the summer ahead for severe weather, including hail storms, Tornados, and even Hurricanes.  AccuWeather forecasts a normal to slightly above-normal number of tornadoes in 2020.  They believe about 1,350 to 1,450 tornados will hit this year, about 5% more than the annual average.

Tornadoes are happening already in the south, but the most intense month is May. Oklahoma, Texas, Kansas, and parts of Missouri, Colorado, and Arkansas are in the hot zone.

The deadly EF4 Tornado of 2013 in Oklahoma brought 200 mph winds to wipe neighborhoods away and killing dozens.

When Do Tornadoes Occur?

Mid to late afternoon is the high time for Tornadic activity.

In the Tornado alley region, time of day is later, in late afternoon from 4 to 7 pm.

Tornado watches are more frequent in the US south, in Texas, Louisiana, Alabama, Mississippi, and Florida.

May is the month of most tornadoes occurring.

Based on these facts, we can say that these states will be in for another active season.  Weather throughout the US heartland was very cold this winter, which means much of the cold air in the arctic was blown out.  This may mean hotter, more humid temperatures, but also may mean fewer cold fronts coming down from the north to create huge Tornado events.

Of course, actual Tornado activity and size/destructive power of Tornados in 2020, can’t be foreseen.

Your Weather Network for 2020.